Born in Tokyo and raised in Los Angeles, Ichiro Irie is a visual artist, curator and director of the artist-run-space JAUS in Los Angeles.  Irie received his B.A. from University of California, Santa Barbara and his M.F.A. from Claremont Graduate University.  As a curator, he has organized over 50 exhibitions in venues such as Campbell Works, London; Tiger Strikes Asteroid, New York; 18th Street Arts Center, Santa Monica; Axis Gallery, Sacramento; Art & Idea, Mexico City; Gallery Kyuubidou, Tokyo; Titanik in Turku, Finland; and Steve Turner Contemporary, Los Angeles.  In 2001, Irie went to Mexico City on a Fulbright fellowship, and between the years 2002 and 2007 he founded and edited the contemporary art publication RiM magazine.  As an artist, Irie has exhibited his work internationally in galleries and museums such as Torrance Art Museum, CA, Hendershot gallery in New York, CSW Museum in Warsaw, and Museo Carrillo Gil in Mexico City.  Solo shows include ones at Sam Francis Gallery in Santa Monica, CA, Yautepec Gallery in Mexico City, and eitoeiko gallery in Tokyo.  Recent group exhibitions include Revision Glocal Review at CECUT, Tijuana; Joshua Treenial 2015, Mexicali Bienial 2013 at VPAM, Los Angeles; Chockablock at UAM, Long Beach; The Crystal Jungle at Museo del Chopo, Mexico City; and SNAFU at Kunstverein Neckar-Odenwald in Germany.  Irie currently teaches at Oxnard College and Ryman Arts, and is an artist in residence at 18th Street Arts Center. 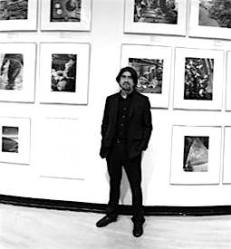 Kio Griffith is a Los Angeles and Japan based visual and sound artist, independent curator, writer, and producer. His work includes drawing, painting, sound, video, performance, electronics, language, sculpture and installation. He has exhibited in the UK, Japan, Germany, Croatia, China, Hong Kong, Korea, Turkey, Belgium and the U.S. He has performed, collaborated or curated various musicians and contemporary artists, dancers and designers in galleries, museums, clubs and unconventional spaces, locally and internationally. His current projects include project director at TYPE (Tokyo+Yokohama Projects Exchange), curator and development director at ARTRA, associate editor at Fabrik, Artillery magazine and Art Bridge Institute (Tokyo), art director at Angel City Jazz Festival and has designed over 300 album jackets. Griffith was recently invited to exhibit in the 2016 Aichi Trienniale and has been selected for the 2017 Emerging Curators program at LACE (Los Angeles Contemporary Exhibitions.) 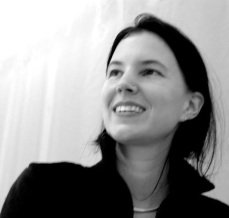 Sandra Mann (1970) received her diploma at the HfG, University of Art & Design Offenbach, Germany under Lewis Baltz and Heiner Blum. She is a Frankfurt based artist, photographer,  independent curator and writer. Thinking across genres, she relates to several artistic forms of expression such as photography, installation, sculpture and video, conceptually focusing on man’s relation to nature, the environment, animals and gender. Within her work she explores the principles of photography, visual language and image perception, which she also teaches. Her works can be seen at the Museum für Moderne Kunst, Frankfurt/Main, MUCA, Mexico City, Kunsthalle Wien and are represented in the collections of DZ Bank, Kunsthalle Mannheim and Art Collection Deutsche Börse.

She was member of the jury panel such as BRITA Kunstpreis and Frankfurter Rundschau Prize, she is member of Deutscher Künstlerbund e.V. and in the team of Critica Zeitschrift f. Philosophie u. Kunsttheorie.

Ville Laaksonen (b.1978) is an artist-curator who has been active on a wide range of organisational, curatorial and artistic practices during the last 10 years. His curatorial projects usually include a concept design which aim for immersive collaborative experiences. Collaboration as a method of involvement deconstructs the notion of art as a hierarchy – allowing free access in participation as the common goal.

Laaksonen has a background equally as both curator and artist, and writes revies and designs publications as well. He has studied pedagogy in Aalto University and art history in Turku University before pursuing a career as one of the first new generation of artist-curators in Finland. He started curating a gallery in 2008 after which moving to independently organize exhibitions and collaborations between commercial and artist-run organizations. He sees curating as an extended artistic medium to rearrange conventional methods of art and structures of life’s sphere from socio-political to a spiritual context of humanity.

Born and raised in Mexico City, Laura Resendiz received her BA in Art History at Universidad Iberoamericana, and studied abroad at University of Salamanca, Spain. Laura Reséndiz is intersted in the processes of artistic production that create dialogue not only through gallery or museum exhibitions, but in greater societal environments as well. She firmly believes that Art as an educational and well driven tool can create positive urban-emotional transformations.

With the organization she founded, CICLO, Reséndiz generates alternative platforms and opportunities for artists and other creative professionals to collaborate with people from diverse communities that integrate and include local history and interests in public spaces. Her multidisciplinary nature includes the founding of Anonymous Gallery in Mexico city which she co-directed until 2016; and her work with Omninbus, a cultural television program, as producer and interviewer, Rim Magazine as editor, and ARCO DATA España as writer, among others. As a teacher she has taught at Casa del lago, Royal Academy of San Carlos, UNAM National University (CdMx) and UDLA University (Pue).

She received the CONACULTA Annual Cultural Project Program Grant in 2015.

Gabriel Escalante (1984) is a mexican artist and curator that lives and works in Mexico City. Using different resourses such as painting, sculpture, photography, video and found objects, Escalante explores different expressions of violence and politics as mediums of comunication and manipulation, and the elements that constitute national identity.

He has curated exhibitions such as “In Sensu Cosmico” at El Atrio, Mexico City; “temporalia” at Galeria Ramis Barquet, Monterey, Mexico; and “Tiempo compartido” at Estudio Marte 221º. More recently he curated “Nosotros ya no somos los mismos” at Galeria Concreta in Santiago de Chile and “Hinc Sunt Leones” in Manifiesto espacio in Guatemala city.